She'll Stand in the Hall 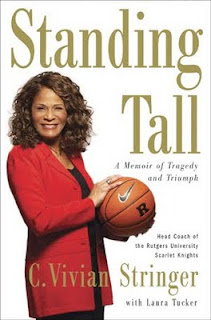 Congratulation goes out to C. Vivian Stringer, Head Women Basketball Coach at Rutgers University on her induction in the Basketball Hall of Fame. Stringer made her coaching name when she led Cheyney State University to a NCAA Final Four in 1982. From there she coached at Iowa before going on to Rutgers. Read about her introduction along with Michael Jordan into this year’s Hall of Fame Class.
(http://www.philly.com/inquirer/sports/20090407_Hall_to_induct_Rutgers__C__Vivian_Stringer.html)
Posted by Cheebs at 11:11 AM