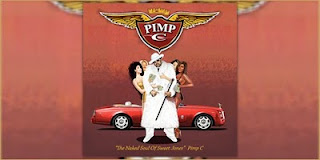 fans will surely like this cut, "Dickies", which sounds like classic UGK Hip Hop. Even though I don't consider Bun B

a featured artist, the track does feature Young Jeezy

. This is the latest leak from the forthcoming Pimp C's album, The Naked Soul of Sweet Jones

Let me start by saying this, ST has nothing against the Gay community at all. However, if those allegations were said about me, the first thing coming out my mouth is a strong denial something like, "This is a BOLD lie. I am not Gay and I have never engage myself sexually in anyway with another man."

It always amazes me how people get their hands on a biblical verse and run with it. "Only GOD can judge me", seem to be a more popular verse after Tupac

embraced the quote. Truth to the matter is, GOD will judge you on judgement day, but up until that time, you will be judged by your peers in The Court of Public Opinion. I saw news footage from members of Bishop Eddie Long

's congregation at New Birth Missionary Baptist Church in Atlanta. I saw more than once people from his congregation ready to stand behind this MAN. Yeah, that's what he is, he's a MAN that comes with flaws. No one is perfect, but after hearing this young man and his story, I doubt that he is telling a lie.

Now there's a FOURTH accuser speaking up. Four MEN who didn't know about each other's background coming up with the same story. Coincidence?? Hmmm??? Here's a fact, when a male accuses a male of this sort of thing, there is over a 90% of truth findings when dealing in similar cases. Female to male, not so high. Reason, it takes a lot for a male to stand up behind these allegations. So in the court of public, these young men seem sincere and guess what Bishop, we're going to JUDGE.

In the end, many if not all of these 'prosperity preachers' are a joke in my opinion. The sad part, is that so many people are looking for someone to follow, that they themselves become blinded. Any preacher living the  lifestyle he lives as an example of, 'what GOD can do for you (material wise)' if you just GIVE and beLIEve is just a joke to me. The reason......."GOD is not about MATERIAL gains, but spiritual gains". Material things come naturally as a 'fruit of labor', but material things come and go, just ask these young men. However, "Spiritual" growth last a lifetime.

Someone, anyone, tell Bishop Eddie Long, that he needs to step down, so that his the church can move on. However, I don't think he wants to step dpwn, because playing the 'victim' card so well. This is a typical move from someone who is trying to HIDE what he doesn't want the public to know. However I think he mis-spoke during last Sunday's service. He WAS Goliath and NOW he feels like David. Here's a newsflash Bishop, "You don't have 5 stones to throw. You only have pebbles. And those pebbles will NOT be heard by public opinion." Just my thoughts......what's your's?
Posted by Cheebs at 10:52 AM 3 comments: 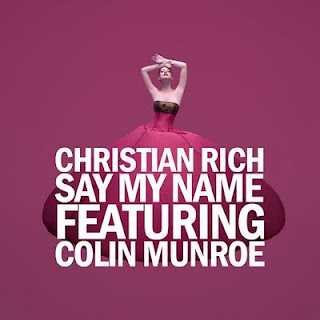 . Not sure if this cut will be on their forthcoming project, Arcade. Give it listen and grab your download here.....

Now who knows when Ciara

is going to drop. After the buzz (and bans) with her "Ride

" video and single, we thought the album was next. Well this video is something to enjoy. It left me, "SPEECHLESS 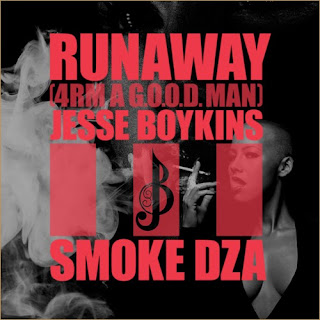 takes a stab and gives his version to Kanye

" and he features Smoke DZA

on the track. JBIII is surely that dude,,,,,that dude that could use a little more shine. download here.....

Previous: Prototype
Posted by Cheebs at 12:05 PM No comments: 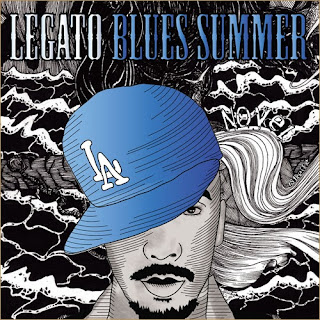 The street favorite singer/producer/rapper Novel has teamed up with DJ Booth to bring his anticipated new mixtape, Legato Blues Summer. The bulk of the project’s 18 sizzling tracks were produced by Novel himself with guest artists Ako and Amir Taron, Iron Solomon, Jazze Pha

all making appearances. Also be on the lookout for Novel’s upcoming album, Calligraphy, coming soon. Right now enjoy my favorite track on the mixtape, "Wonderful" featuring Chrisette Michele. This mixtape is a BANGER!!!!!
Legato Blues Summer Mixtape Tracklist and FREE download after the jump below... 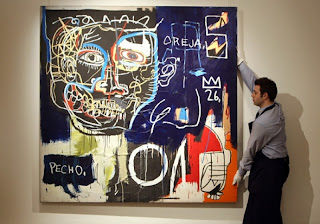 painting which it had been warned was fake will go to trial in the next year, art-world insiders tell us. Basquiat, the deceased graffiti artist who gained international fame art sells for anywhere in the six-digit range. Read more here.....

Posted by Cheebs at 9:51 AM No comments:

Okay, so is this what's hot on the streets? Making movies? Really? Didn't anybody get the Montana Fishburne review? Only thing I'm going to say, is we've already seen what can happen to a picture, less a movie in this digital age. So, as you grove to Ne-Yo

", keep in mind, this is art, and if you choose to engage, remember to get rid of the evidence. This isn't Ne-Yo's first time referring to his directing skills, who remembers, "Mirror"? This dude is known for his GROWN FOLKS music. Ne-Yo's Libra Scale

gives us a gospel theme tune, "Sweeping Through The City" for FREE as her album, Fellowship

, which is in stores and on iTunes today. The songstress takes it back to her roots of gospel and home to create a stellar album. Listen below and grab the lead single for Thank You here.....

dropped something on us. Gil's album, I'm New Here

, gave us the first single, "New York is Killing Me

" (something every New Yorker can relate to) back in early March and now we get the visual for the song.
Posted by Cheebs at 9:23 AM No comments: