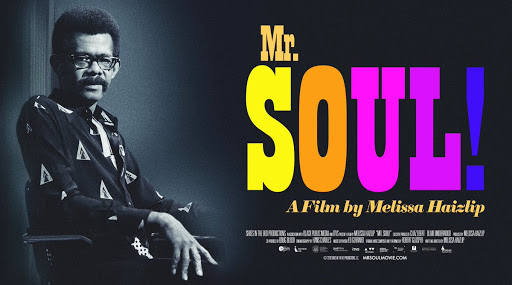 What many people called, The First Black Tonight show, SOUL was needed in its time and it set the stage for other shows like Oprah, Soul Train, and Arsenio to name a few. The first national show to highlight our culture was Directed by Stan Lathan and Hosted by Ellis Haizlip. This film speaks of  the shows place in history and the importance of such a show. The virtual cinema premiers today and you can get information on watching the film (here). Check the trailer below.
Posted by Cheebs at 1:18 PM No comments:

Posted by Cheebs at 8:57 PM No comments: 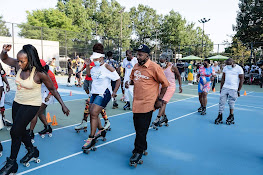 The one thing I think most of us learned in 2020 is a special appreciation for life. When the Pandemic came to the NYC area, it put the city in a panic state for safety that I have never seen before in all my years as a New Yorker. We've came to appreciate those certain things in life that makes well, life worth living. Certain life things were taken away from us in a blink of an eye and one of those things taken for many was skating. Skaters (#SK8) love to roll and for many, it was difficult to go without skating during the pandemic.
Skaters were holding Zoom Roller Party's during the quarantine, because part of the fun of skating is, skating with others. Above footage is from an April 25, 2020 Zoom party and what was fly about it was, they had a live DJ as part of the Sk8 culture is of course, The Live DJ. 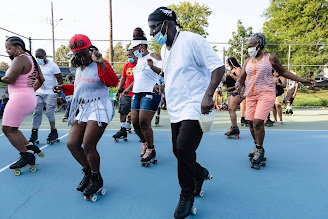 When 'outside' began to open up, many skaters in NYC put on their wheels, and hit the streets in their neighborhoods. Queens native, Tanya Dean Creator of SKATEROBICS, took her love for skating to the park 'Around Her Way' and invited everyone.  For about a month and change now, every Sunday people come to the park with their own brooms and their own garbage bags to clean the park for the Sk8ers, DJ Nyjae donates his time every Sunday, and the result is a much needed outdoor community event. St. Albans and the surrounding South Queens neighborhoods get to come feel a sense of normalcy and a part of that NYC Resiliency because, Sk8ers Gonna SK8!!!
video by Ollie Shuffle
Updated Visual from Sunday 8/23/20...
Posted by Cheebs at 12:01 PM No comments:

I love how Paak can harmonize some simple lyrics and it just comes off 'Fly' and 'Funny' at the same time.....

"I don't love you, girl, that's far from true
Even took you to the BBQ
That should show how much I f#ck with you..."
this outro line is dope...
"Damn, I love it when you talk to me crazy,
But who the f#ck you think you're talking to?"

Posted by Cheebs at 8:56 AM No comments: 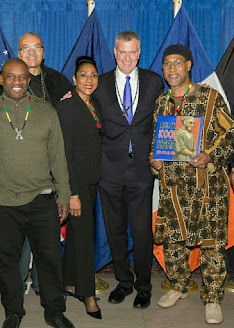 In 2014, my friend and partner, Leroy McCarthy gave me a call with an idea he had in mind to further honor Hip-Hop's position in history. His idea was to have August 11th, the said birth date of Hip Hop, a Day of National Recognition. This was around the same time we were successful in getting a street named after Sugarhill Records Founder, Sylvia Robinson in Englewood, NJ where the Sugarhill Records office once use to be.

After hearing his idea, he told me some of the cities that he have reach out to several cities in an effort to get the proclamations in these different cities. 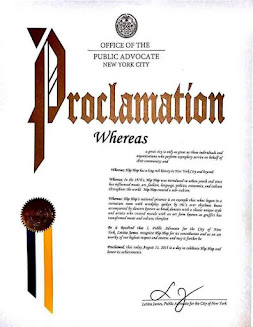 In 2015, August 11th Hip Hop Recognition Day became official in New York City. The combined efforts of McCarthy and then Public Advocate Leticia James made this an official day  in NYC when James signed the Proclamation. Happy BORNDAY Hip Hop.

“I have reached out to mayors in different cities coast to coast,” says LeRoy McCarthy, a Cheyney University graduate now living in New York. He is the force behind this effort to recognize hip hop and says he’s requested and received proclamations from Philadelphia, Oakland, California, Englewood and Newark, New Jersey, and two boroughs in New York. But he wants to take it nationwide. Honoring hip-hop would show to the communities where hip-hop historically comes from, and that the city, government, law enforcement has respect for their art and culture.”

You can read about McCarthy's efforts (here) 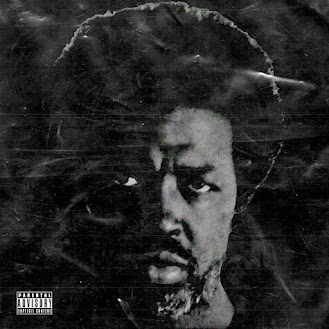 I had the pleasure of speaking with longtime contributor and veteran to this Hip Hop game, Tracey Lee this past Sunday evening with my HHDG Crew. We held a Listening Session for Lee's album, Glory which was released yesterday (7/31/20). The album is incredible as Lee created the album between March and June of 2020 which we call the beginning Pandemic months in the United States. The album is a musical book from chapter to chapter, put together well, and is an album for the times.
During our conversation, Tracey Lee shared an HBCU jewel about how he and Eric Roberson were in a group while they attended Howard University. Now I've seen Erro spit rhymes plenty of times, but could only imagine Tracey Lee singing. I took a snippet of the convo from our Listening Session so I could share it. You can grab your copy of Tracey Lee's Glory (here) 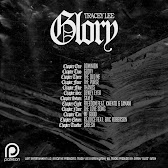 I also found this video below on Tracey Lee's Patreon's page after I became a subscriber. In this video, Tracey Lee and Eric Roberson document the song progress for Lee's single, Chapter 11-"Rejoice" which Erro is featured on. For those who enjoy the music making process will defiantly enjoy this. Grab Tracy Lee's Glory (here).
Posted by Cheebs at 7:59 AM No comments: