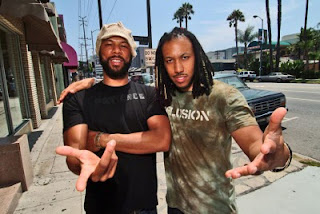 His last album was, Bold and Beautiful. "Make A Baby", a single from Bold and Beautiful, was nominated for a 2008 Grammy Awards for Best Urban/Alternative Performance.
Get Vikter's release, "Electric Love" off of his latest peice of work and the single is available as a free download from his website at the jump link below.
http://www.vikterduplaix.com/
Posted by Cheebs at 2:34 PM