Live Life Off the Wall 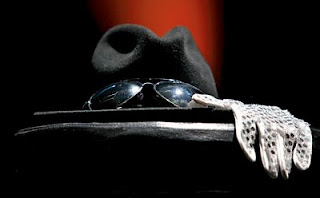 It was a cozy hot Thursday afternoon. I was at work and things were going as usual. After putting in our labor, most of us were looking for that quitting time near the end of our day. Well it was near the end of my workday and I received a text message from my man Nate who was texting me from Seattle, Washington. Nate’s text read, “KIRD Breaking News Alerts Michael Jackson Suffers Cardiac Arrest”. I received that message at 4:38pm central time. I text Nate back a simple, “Are you serious?” and he replied with a simple, “Yep, wouldn’t joke about that.”

At 5:01pm central time I received a call from my nephew Dion who was calling from Motown. When I picked up the phone, Dion said, “Michael Jackson died.” I asked him was he sure and he told me that they were reporting it on the radio in Detroit. I told him I didn’t believe it and I was going online to check CNN’s report. Before I got a chance to get on the net, everyone at work was asking if the rumors were true. Some were saying the rumors were true, others were saying he is at the hospital and suffered a cardiac arrest. No one knew for sure, but the 5 o’clock hour hit and everyone was on their way out the door.

When I got in my car, I turned on the radio and it was confirmed, Michael Jackson was no longer with us. I called my nephew back and told him that I heard the official news. My nephew was still in disbelief and so was I, but the radio was playing a melody of Michael Jackson and The Jackson 5’s songs. I asked my nephew if he called my sister, because my sister Cookie is the biggest Michael Jackson fan we know. He told me he was about to call and I told him I would call my sister later on that day.

My daughter, who is only 13 years old, was with me in the car and told me that she can’t believe Michael Jackson is gone. Neither could I. Every song the radio played took me back to a place and time in my life. I had a moment with my daughter and tried to explain every song to her and how I was introduced to it. I told her how my older sister picked my afro like I was Michael and even had me dance like I was Michael when I was growing up. Though there were many songs of The Jackson 5 and Michael Jackson himself that I remember, my first MJ song that comes to mind was, Dancing Machine. I must have been seven or eight years old when I heard Dancing Machine. I knew all the words, but more importantly I knew how to do the ‘Robot’ to the song. I even remember winning a dance contest at a friend’s birthday party, because I was doing the ‘Robot’ so well. As I told my daughter the story, all she could do was laugh and imagine, but I took this opportunity to inform her about my most memorable Michael Jackson moment when it came to his music.

When I got home that evening, the news was flooded with Michael Jackson news. I got on Facebook and everyone’s statement was referring to MJ. I went on Imeem.com and again, everyone went to listen to MJ’s music and post sentimental notes about his music and how much he would be missed. I went to Youtube and again, everyone had hit up all of MJ’s songs and put sentimental notes for a true icon. In the mist of it all, I decided to post the Jackson 5 cartoons on my Facebook and got a bunch of responses after the post. I also post the Remember the Time video to my Facebook as an old college friend of mines had the privilege and honor of being in the video and dancing next to Michael Jackson.

I called my older sister Cookie and spoke with her, since she is the biggest Michael Jackson fan I know. She told me she was still in shock, but that she was getting over it. My sister was a huge record collector and as I grew as a DJ I would take some of her records she no longer wanted or was willing to depart with. However, I was never allowed to take any of her Jackson 5 (though I did anyway), The Jacksons, or Michael Jackson albums. We joked about how she wouldn’t let her J5 and MJ albums go. We also joked about putting the albums on EBay and of course she said, “No Way”. As we talked about MJ, I asked her when did she first hear about Michael Jackson and how did she become such a huge fan for all these years.

Cookie told me my brother William was the first person who introduced her to Michael Jackson and that the song was Who’s Loving You. Cookie told me when she heard MJ’s voice she was in awe. She said she never heard anyone sound so good and she became an immediate fan. She told me how she saw The Jackson Five on the Ed Sullivan show with Dianna Ross and went to buy the record the next day from a record shop on Sutter Ave in Brooklyn. She said she brought the 45 and the back of the 45 was Wanna Be Where You Are. She told me how her and my siblings would jam the heck out of that little 45 and she was upset when the 45 got scratched and quickly replaced it. The next song she remembered hearing from the Jackson 5 was the hit single ABC.

Cookie also told me about when she saw the movie Ben with my other sister Lavern and when Michael sung Ben at the end of the movie, the two of them cried not realizing that they were crying over a rat. In my sister’s words she explained how a little white boy sang the song in the movie, but when Michael sung it at the end, it was like roller skates to a Jaguar. Michael’s version is what made the movie. This was before the days of Soundtracks, this was the days of Musical Scores. The difference is music in soundtracks could be any kind of music, but a score was music made to fit the movie and Ben definitely fit the movie.

When I hung up the phone I thought about my own favorite MJ’s songs and made a list. The list started with Dancing Machine only because of my robot days, but I had to include others. I know many of you have your own list, but here is my top 5:

In the end, my prayers go out to the Jackson family. Michael was definately Hip Hop. He was UNIVERSAL and appreciated all over the globe. Michael was truly a genius and a man before his time. He was a musical genius who touched so many lives. I personally want to thank his parents for training him and his siblings and for giving us so many years of wonderful music. Thanks again MJ, you were truly, BAD!!!!!!
Posted by Cheebs at 12:08 PM