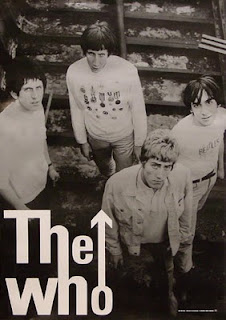 Most people's memory of a Super Bowl Halftime Show unfortuunaly is Janet Jackson's wardrobe malfunction. I never understood how Janet even showed her boob for a song that wasn't hers. (Remember? the song they were performing was Justin Timberlake's song). Anyhow that malfunction was the talk after the game and in some folds more than the game itself.
Now the NFL wants to invite the classic rock group The Who to play at this year's half time show. Problem? Well that's because Pete Townshend of The Who is an ex-registered sex offender. Now some child advocacy groups are asking the NFL to reconsider and ban the band.
But these Child advocacy groups aren't doing much history of the past charge, but instead going with the 'title' that was attached to his name. I'm saying, check the facts before you prejudge. Click the link for more.
http://nfl.fanhouse.com/2009/12/29/who-are-you-to-ban-townshend-from-super-bowl/?icid=main|hp-laptop|dl6|link3|http%3A%2F%2Fnfl.fanhouse.com%2F2009%2F12%2F29%2Fwho-are-you-to-ban-townshend-from-super-bowl%2F
Posted by Cheebs at 8:13 AM

Try this link for the facts of the case:
http://www.abusewatch.net/CAN_NFL_Townshend.php

The truth is the truth folk. No Townshend for super bowl.

I respect your opinion Maui and trust me I agree. As a former social worker, I hated my cases that involved 'perverts' and worked those cases harder than others. However, if he was just "reseaching" on the computer and didn't have any physical contact with children, then it leaves a 'gray' area that needs to be explored.

Children about 13 years old can easily graduate from abusing painkillers to abusing heroin. That's what i want to say here.