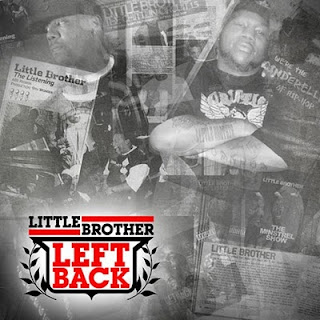 So it's the end of a nice run for Little Brother, and they are going out at the top of their game like Michael Jordan. Yesterday LB dropped "Curtain Call," the first single from the final LP, Left Back. It premiered on their MySpace page yesterday and later in the evening Phonte released it to the masses for free download via Twitter. No 9th Wonder on production this go around as ST as mentioned in an earlier post, but Khrysis holds down the production while Phonte and Rapper Big Pooh go back and forth with the lyrics dances like other great duos EPMD or Run DMC. This is what LB love about LB and what fans have come to expect from LB. April 20th is the release date of Left Back and the final lap in Little Brother's run. Listen and get the free download at the jump link.
http://content.onsmash.com/archives/34195#more-34195
Posted by Cheebs at 9:18 AM