Where was this “Tea Party” Movement when Bush was President?

Seriously, “Where was this Tea Party eight years ago?” Think about that, and then think about the validity of this “Tea Party” and their movement. Why must Obama be stopped? This party didn’t think Bush-Cheney administration needed to be stopped? 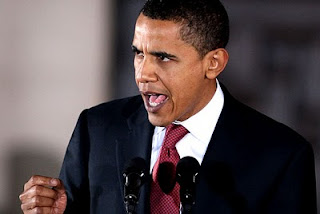 I’m starting to believe that some people here in America are more in love with hating Obama than they love America herself. Does this “Tea Party” movement honestly think Obama hates America like their protest signs reads held by supporters? Why must Obama be stopped? Why is Sarah Palin and Rush Limbaugh front lining this hate? I mean Sarah quit her job, her commitment to the people of Alaska, and somehow she’s a ‘Face’ for “Common Sense Conservatives” (as she Twitted). In a recent NY Daily News poll the question was asked, “Do you think Sarah Palin will become a major force in politics?” A whopping 68% said, “No, most people can’t take her seriously”.

Let’s not forget about Rush. Why is Rush so quick to shoot down this administration? What has Rush done politically that is positive? Can anyone of his followers/listeners please tell me something positive that he has contributed to this country? He actually had his followers believing that he would rather live in another country than America if this HC Bill gets passed. Guess what? Rush is still here and probably still popping pills.

In fact, that is the first question I would like to ask anyone I met from this “Tea Party” Movement-“Do you love America more than you hate Obama?” Now here’s why I would present this question for discussion, because Obama is not trying to hurt anyone. He’s simply trying to get America to be a healthier place. Opposition, now that’s natural. Hatred, now we are going too far.

America historically has always had differences when it comes to social programs. When Social Security was developed under FDR and Medicare under LBJ, sure our country was divided. However there was more discourse about the issues and less talk of violence. Now I wasn’t there for FDR and LBJ and sure there were some threats of violence, but I’m sure it wasn’t to this level. Besides if it was, we are supposed to be a progressive country and move forward.

I will not say that I am 100% behind this HC Bill, but what I am most proud about is this administration aggressive step to move forward and attempt to solve a problem. Healthcare is a problem here in America and we vote people into office to solve problems, not fold their arms and pout like grade school children. I’m glad to see America problems attempted to be solved, then a poliTRICIAN (politician) talk rhetoric and the problem still exists.

Just some thoughts. That's all.
Posted by Cheebs at 9:02 AM