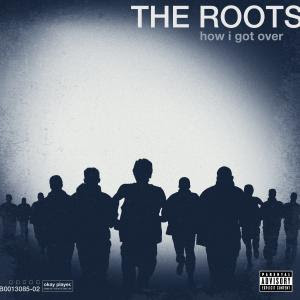 In this Music Fan's opinion, this is The Legendary Roots Crew's best album since THINGS FALL APART

. That's just this Music Fan's opinion. I LOVE THE ROOTS!!! For a person who attended Cheyney University

, which is about 30 minutes outside of Philly, I became an immediate fan since their 2nd album, Do You Want More

. With 11 albums out, MUSIC FANS are going to have a variety when it comes to a Roots' favorite or best album.

This group have made music that matters for over 15 years and counting. This group can give a lesson on how to remain a group and handle the hurdles that comes with creative differences as a group. The music arrangements and Black Thought's lyrical skills, which are educational talk and a flawless ryhme flow that makes him a Monster on the mic.

Groups like The Roots and De La Soul makes me proud to be a 40 year old fan of Hip Hop. Its groups like The Roots who's music have grown just like they have. Black Thought's lyrics are for the grown folks, just like Pos' and Trugoy's and they have stood through the test of time. There's strength in unity and hopefully the Hip Hop nation will unify and support this awesome Hip Hop band. Grab the new CD and trust me, you won't be disappointed.
Posted by Cheebs at 10:30 AM