It’s been 60 plus days since the BP explosion that caused this oil leak in the Gulf of Mexico. The people of the gulf coast states have been upset, looking for someone to blame, and at the same time wanting a solution to the problem. Our president and his administration have been criticized about how this administration is handling the problem. 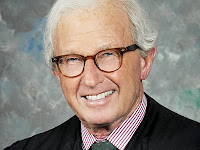 BP has been criticized about how they are handling the problem and so have our goverment. The same people who have been screaming and promoting, “Drill baby Drill” (poliTRICIANS), gave these big oil companies permits to DRILL. These oil companies are suppose to meet some kind of government mandate or some kind of government safety standards. Now U.S. District Judge Martin Feldman wants to lift Obama’s 6 month ban on drilling. Just slap the faces of the families of the 11 victims who died why don't you. Excuse me judge, but isn’t there an oil leak out of the bottom of the ocean’s floor? Do we have an answer for this major problem? So how is continuing to drill a smart decision? Its POLI-TRICKS as usual. Everyone assumed when this judge made this decision, he had a vested interest. Well today it was confirmed.


I understand America’s dependency on oil. I understand that we need to produce our own oil here in America, so we can reduce our dependency on foreign oil. I also understand how so many people work these oil rigs and work at these oil companies. I live in Houston, TX and there are an estimated 150, 000 people in and around this city who works in the oil industry. However, continuing to drill without an answer to a major problem which happened as a result from drilling is just asinine.

These poli-TRICIANS who were elected into office let these big oil companies just run wild and this judge wants to continue to let them run loose. Judge Feldman has an invested interest in the oil business, which is the reason for his ban. Not that he cares about the earth or about the people put out of work as he may protray. His concern is his pockets and his investment. Say it with me, "poli-TRICKS!!!"
When Toyota had a problem, they fixed it before they were able to put out more cars. The Toyota dealerships around the country took a hit in sales and are still taking hits. We knew that Toyota employed people here in this country, but they had to take time off until their company FIXED the problem. Now Toyota is on an upward swing. They fixed the problem and the govement made them fix the problem.

Let’s look at the bigger picture here. This explosion could have happened on any company’s oil rig. However, no oil companies have any provisions on how to fix this leak. NOT ONE.How does an oil drilling company build an oil rig without knowing how to fix a problem such as a busted pipe? I’m not an engineer, but I do know where there is oil, then preparation for a fire should be taken into consideration.

If there was an oil company (no matter which one) with an employee who could fix the problem, we would have this problem fixed. This means not only BP, but all of these other oil companies drilling in the gulf is not prepared for this type of disaster. So how does it make any sense to continue to drill.

Our president did address the need for American minds, government, and business' to look into alternate means of energy use. Americans must use more natural resources and stop being so dependent on fossil fuels. We have to use more solar and wind power. We need to drive smaller cars and stop acting like we must have the biggest gas guzzler out there. We should all be driving some kind of alternative fuel cars. China has way more people than we do, but they are not as dependent on oil as we are. As a whole their country uses less fossil fuels than America. 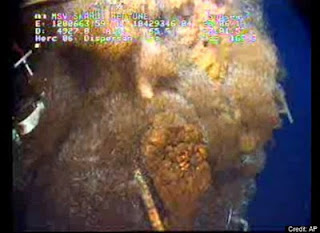 Looking at this problem from a GREEN point of view, the oil leaking at the bottom of the ocean is bleeding our earth. I don’t know why oil is at the center of the earth, but I do know that GOD put it there for a reason. The oil in the earth is the start of everything created at the bottom of the ocean and on land. This is not only a food chain that BP is destroying, but also a life chain.

Let’s use this example, when a person goes to donate a pint of blood, the person is not going to fall out and die. The person donating the blood can get up, walk, and even come in the next day and donate more blood. However, let’s just say that same person doesn’t have a pint bag collecting blood at the end of the needle. What will happen to that person? Eventually that person will die a slow death. Our earth is bleeding a slow death. Fix the Leak!!
Posted by Cheebs at 8:54 AM