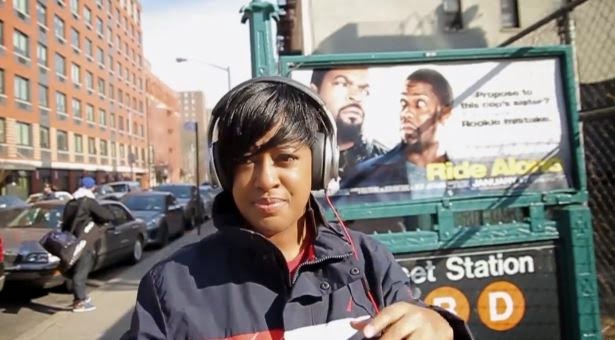 I fell in love with ‘Rap’ a long time ago. I’m not talking about the genre of Rap Music when I say, ‘Rap’. However, when I say, “I LOVE RAP”!  I’m talking about Rapsody, the artist. And when I say “Love” I don’t mean in a deranged‘Stan’ type of way. I mean, I love Rapsody's music and what it has done for the culture and hopefully will continue. When an artist can create music that I can listen to with my daughter in the car, I ought to be telling that artist, "Thank You Very Much".

However, on this track, Rap is telling me, “Thank You Very Much". Maybe it's because I've blogged about this Emcee since her first spit like I worked for Jamla. Though I appreciate the Twitter love back and forth, I was just sharing good music with my peoples. In return, my peoples agreed with me and also, fell in Love with Rap.

But I want to say, “Thank You Very Much” Rap, for giving me something that I love dearly (Hip Hop music and culture) through your music and over the years, my daughter and I were able to see your run in this game. She was able to see your progression and both of you have ‘similar’ growing stories, so she’s able to relate to your lyrics. It was your track "1983' off of The Return of The B Girl Mixtape that made my daughter and I immediate fans……

“Brought up to be smart and smart ones are like darts”

My daughter and I looked at each other like, “Whoa! Did she just say that?” and Rap continued throwing lyrical DARTS through the track…….

“I was on the schoolyard, recess in the park, and this kid came up and he asked me like, “Uhh
Ay Misses, ay Misses, on the Honor Roll Misses, how you get to play with them words like you play misses?
It’s cause I’m smart and got a library card, from my Momma, and when I was born the doctor said I’ll be Hard.”

My daughter and I looked at it each other like it was the HARDEST line we ever heard for Nerds. Nonetheless, I say, “Thank You Very Much”, for delivering your music to the masses, because for a #HipHopParent like myself, this is the kind of music we ask for. Things don’t stay the same, but the 'Culture' is worth remaining. “Thank You Very Much” Rap and “Thank you Very Much” 9th Wonder for assisting this young lady in reaching her dreams and goals. This is Hip Hop!! IT DON’T STOP!!


Oh, BTW, if you don’t’ have Rapsody’s Latest Joint– She’s Got Game, GET IT!! However, you get your music, go GET IT!! If you have a teenage daughter, GO GET IT!! Ride along in the car, play it, and watch how she grooves to Rap, TRUST!! If you need some help getting her music, you can always grab it (here).

#QUEENS....Skellz did the damm thing with this one...Rapsody is most DEFINITELY the TRUTH...her skills r reminiscent of Lauryn Hill in her prime...BARZ for days and still feminine without havin to be overtly sexy...she's VERY easy on the eyes and o top it all of the music KNOCKS...go on Rap do ur thing luv...we're watching and waiting to see what u do next...