'It's Bigger Than Hip Hop' is what ST, Dead Prez, and Hip Hop Preservationist Leroy McCarthy believes. Because of McCarthy's efforts, The City of Englewood, NJ will honor one of its own, Hip Hop Pioneer and co-founder of  Sugarhill Records, Sylvia Robinson. From now on, part of West Street will be named in her honor. The event will take place on Saturday June 14th on West Street after the city's annual Juneteenth Parade Celebration.

The parade starts at 10am  at the Monument, Tenafly Road and Palisades Ave. The parade route will end 11am at West Street between W Demarest Ave and Tallman Place. The ceremony and unveiling is expected to place after the parade. 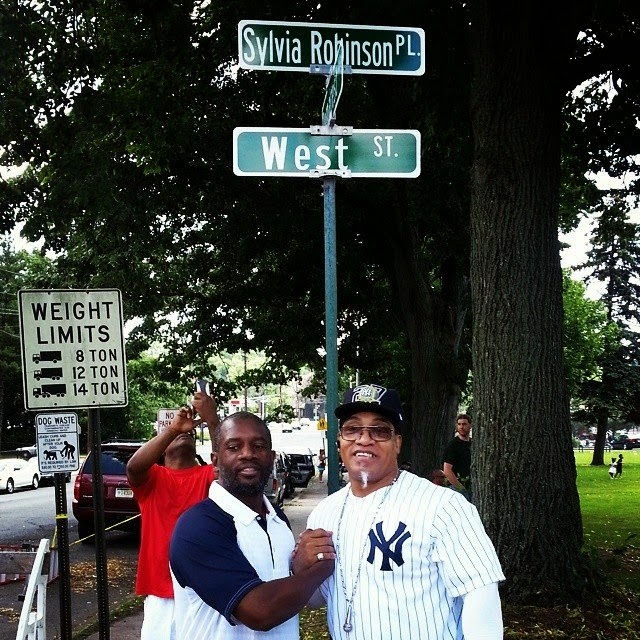 Mr. McCarthy and Mellie Mel @ Ceremony.
LeRoy McCarthy continues his Preserving Hip Hop efforts with street co-naming for The Beastie Boys, Heavy D, Big Pun and The Wu-Tang Clan which are all in the works. Read more (here).
Posted by Cheebs at 9:07 PM