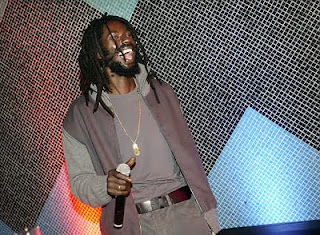 Controversial Jamaican reggae star Buju Banton is cooling his heels in a Miami lockup, suspected of plotting to sell cocaine.

Federal Drug Enforcement Administration agents said Banton, 36, will be charged with conspiracy to possess more than 11 pounds of cocaine with intent to deliver.

This is a sad blow for Reggae Music and its fans, because Banton's ninth album, "Rasta Got Soul," just received the prestigious Grammy nomination for best reggae album this year. Of course many people remember Buju for his 1990 hit song, "Boom Bye Bye" which was an anit-gay song and prompted the Gay & Lesbian Alliance Against Defamation to launch a protest. Let's just wish Buju the best.

Posted using ShareThis
Posted by Cheebs at 6:40 AM