Winnie Mandela Should Be Played By Native Not J-Hud 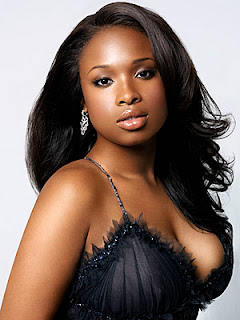 I remember when BIGGIE's movie was about to come out and many people thought Angela Bassett playing the Jamaican mother of BIGGIE would have been better if the part was casted for an actress with a Jamaican accent. A lot of southern people also felt this way about Denzel Washington playing the role of the southern speaking Frank Lucas. Well now the natives of South Africa wants Winnie Mandela played by a native instead of Jeniffer Hudson. My first thought......why didn't they cast for a South African actress to begin with? I personally think that actors speaking in their native tounge is more real than the actor/actress with the big name. The subject matter comes across as more real. Check out the article and you be the judge.
Union Backs My Beef, Winnie Mandela Should Be Played By Native, Not J-Hud

I never thought about it, but you are so right. I love Angela, but if BIGGIE's moive had a Jamaican speaking actress playing his mother's part it would have been more real. The same with Denzel playing Frank Lucas. Frank Lucas and his brothers were called the "Country Boys" around Harlem, so why not have someone speaking with a southern accent? I think it would have been more real. I'm with the South Africans on this one. GET A SOUTH AFRICAN TO PLAY WINNIE!!!