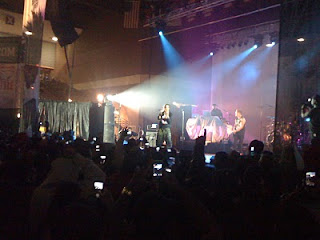 Being a native of California, I developed a taste for conscious music came after I finished high school which makes me a novice with the art. I appreciate a deep and unique storyline, nice punch line, double-meaning metaphor, which uplifts the knowledge of its listener. All this while having an amazing beat emanating under the lyrics is complete bliss. Lupe Fiasco's music embodies this and much more. I have been an instant fan ever since his rookie debut hit single "Kick Push" which wasn't as much about skateboarding as it was about having an escape from the trials and tribulations of life. This is a perfect example of Lupe Fiasco's ability to have catchy tunes with metaphors that has a deeper message. I'm still struggling to find his underground mix tape "Street Smart" which is seemingly elusive and impossible to find. 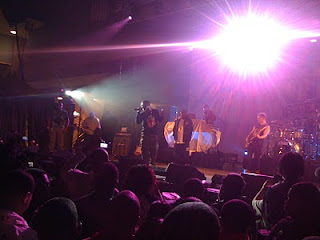 So having this love for Lupe Fiasco's music, you can imagine how bad I wanted to see him perform live. Though I’ve seen artists such as Nas, Keri Hilson, DJ Biz Markie, and KRS One perform; I still felt emptiness with not seeing Lupe perform. When Sprite announced that they were hosting the Sprite Step Off at Texas Southern University, I was excited about attending. When I saw a flyer stating that the lovely Latoya Luckett was performing along with Lupe Fiasco, I was ecstatic. The doors to the show opened at 6:00 p.m. to the colossal HP&E arena Located on the campus of Texas Southern University. A friend and I waited in the blistering cold for an hour and a half. We missed a couple of the step performances, but were still hyped to see Lupe Fiasco. 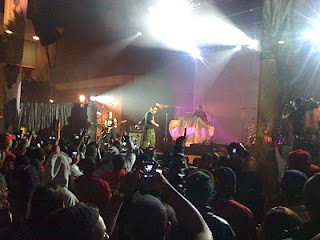 When he finally performed, people came as a herd to the stage. He brought so much energy to the stage. He performed music from "Food and Liquor", "The Cool", some of his underground music, and tracks from his much anticipated album "Lasers". It was riveting to see him perform and a sense completion came over me when he finished. Well maybe not, I still have to see Chrisette Michele perform live.

submitted by ST Follower, The Great Azuma (greatazuma@yahoo.com)
Posted by Cheebs at 8:08 PM

I saw Lupe perform in Detroit and dude is awesome.

bro lupe is koo... i got a kick out of superstar... i admire tsu for striving so hard to reward their students with such great events amd huge celebrities.. just from my short time there i have witnessed Rick Ross, DJ DRAMA, Slick Rick, DOugie Fresh, and TRina.. Slick Rick shut it down!!! Whatsup tho why we cant get the west coast thru there one time??D.FROST