Cubs of The Black Panther Party Have Grown Up 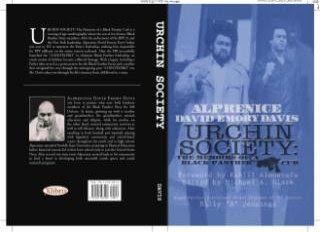 Many people hear the name, "The Black Panther Party" and all kinds of MILITANT thoughts come to mind. I always wondered how one can be, "Militant" without a "Military", of their own? Nonetheless, that's just me and my thoughts.
Well I was lucky enough to meet the author of Urchin Society:The Memoirs of a Black Panther Cub my man, Alprentice Davis. Al and I met coaching football for the Rosedale Jets Sports Association when I first relocated back to NYC. Al and I became more than coaching buddies as we became friends off the field as well. His book is an autobiography about being the child of two former Black Panther Party members, the FBI successful 'COINTELPRO' project which eliminated the BPP leadership, and the entire nation of BPP's children who were left as collateral damage.

Alprentice's work puts together an image that gives an insight to how the BPP children were raised. Could you imagine being a child and you know you were being followed by the FBI? Alprentice talks about how as a child, he was forbidden to talk to certain people and at one point was only allowed to play with other children of the BBP. He talks about the things they were taught as children and how it shaped their political views here in America as well as their views on religion, community activism, and self reliance.
Alprentice book is causing a buzz as he was recently on CNN, WBAI-NY 99.5 FM with SALLY OBRIEN, and SoleTalking radio with Yusef Salaam. Read more about the book and get your copy at the link below.
http://www2.xlibris.com/bookstore/bookdisplay.aspx?bookid=69841
Also, check out video footage of Mr. Davis' travels with the book tour.
http://www.theradicalchicmovement.com/
Posted by Cheebs at 4:50 AM

my name is rohan im a ex-combat souljah iwrote this book called warrior life ita a 2pac thing the book ia still at the publishing company and will be ready in a couple of weeks. its about my ambition to form a street organization called makaveli killuminati souljah to reorganize the bloods and crips if u are intrested e-mail me at duttyrock112000@yahoo.com

Dutty let me know when its in print and send me an email. Would love to check it out.