After four years when the idea was first proposed, it came to light. 77th Street and The West End will be now known as Miles Davis Way. It was a great day on the Upper West Side and for Miles Davis' family. 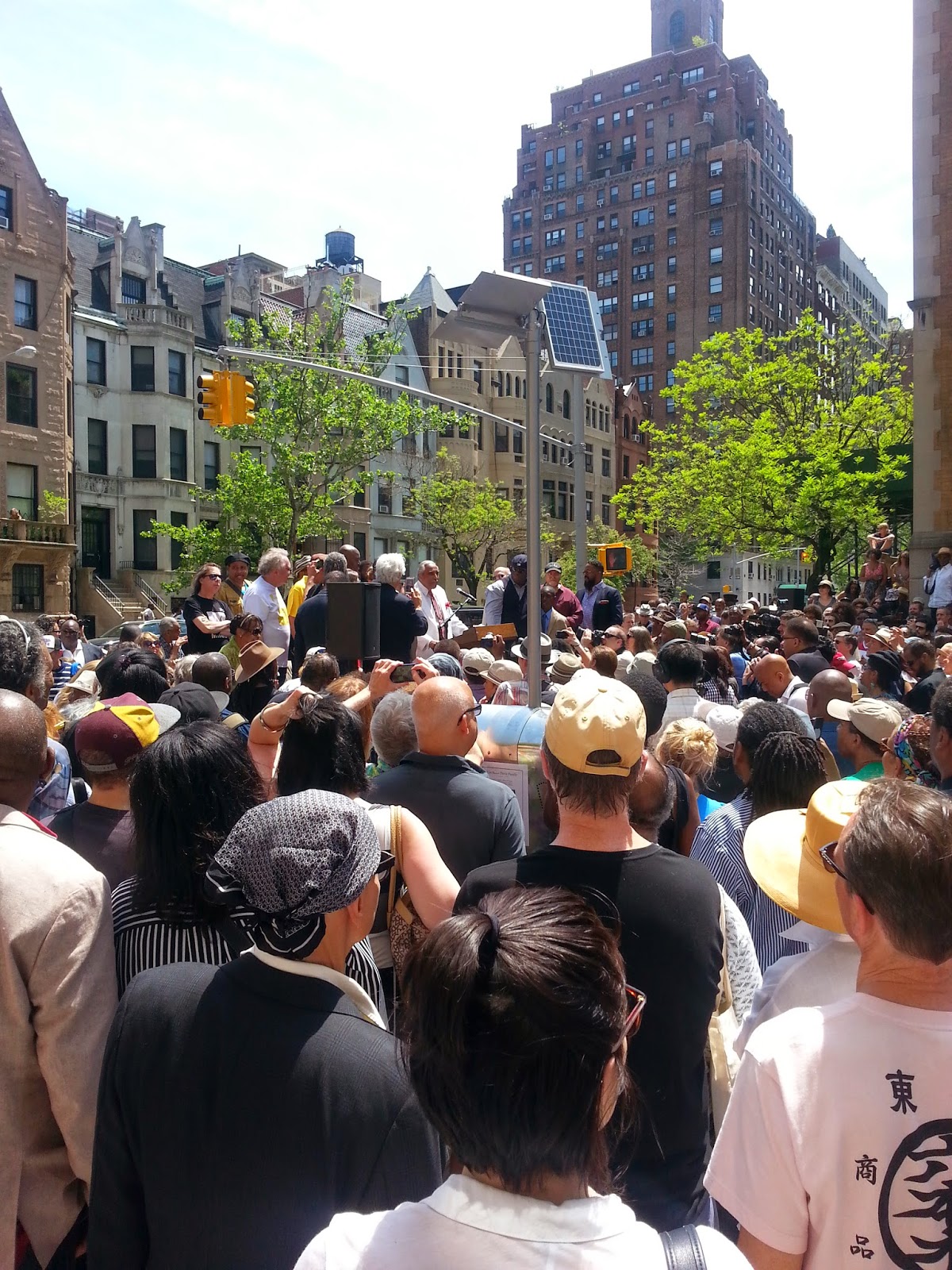 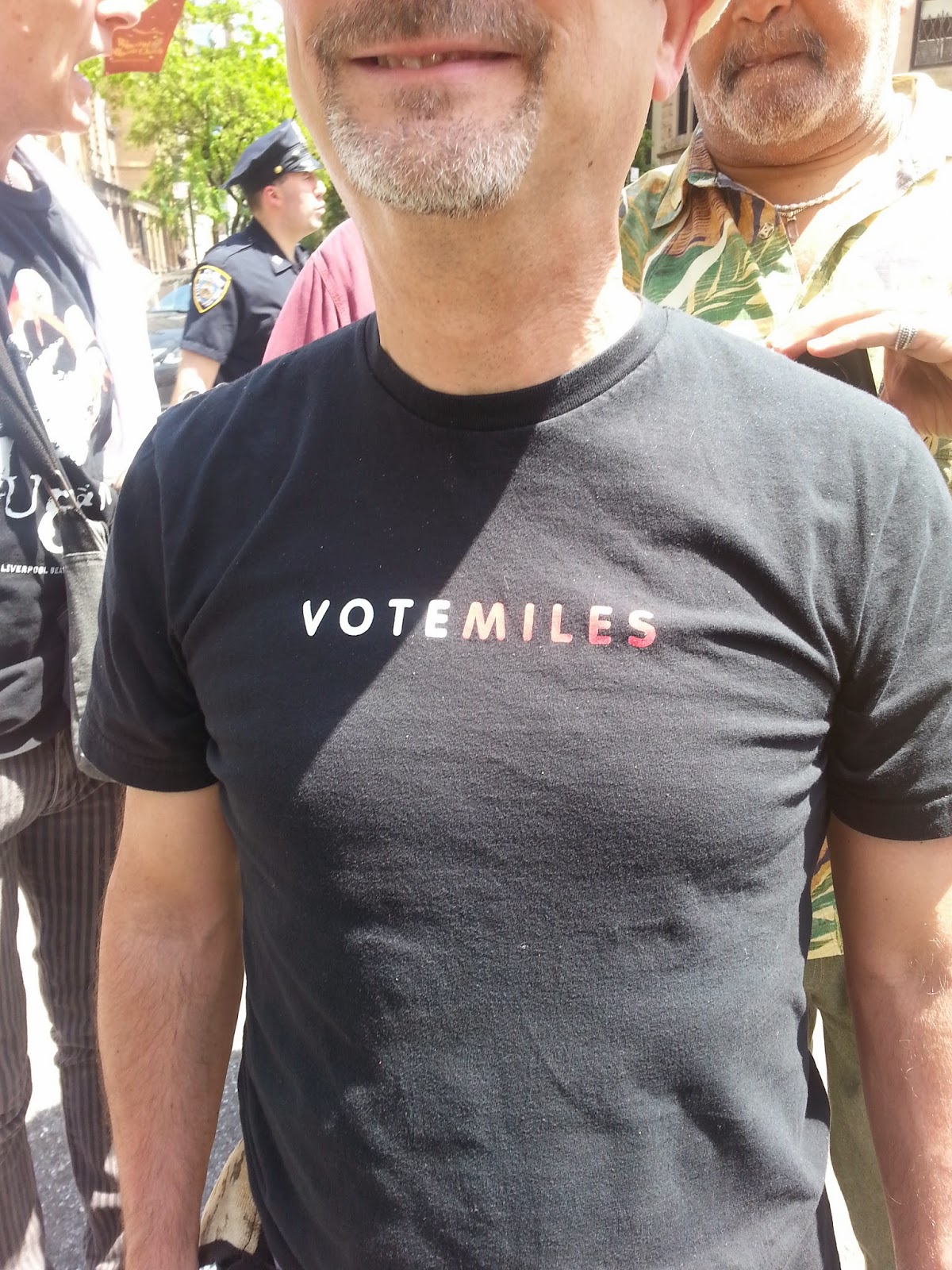 It was a beautiful day as Miles Davis fans from all over came to an old fashion Block Party to celebrate this occasion. 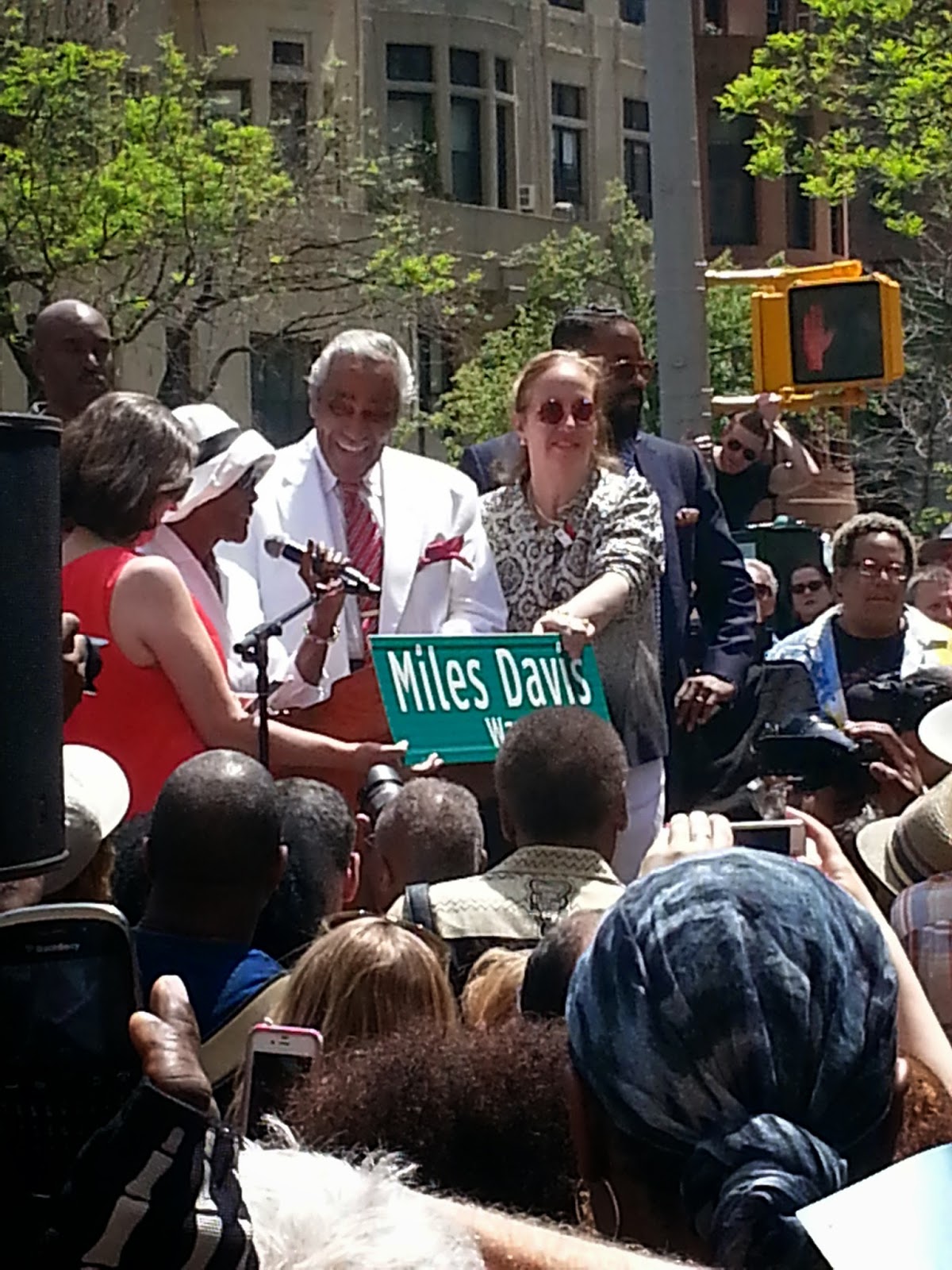 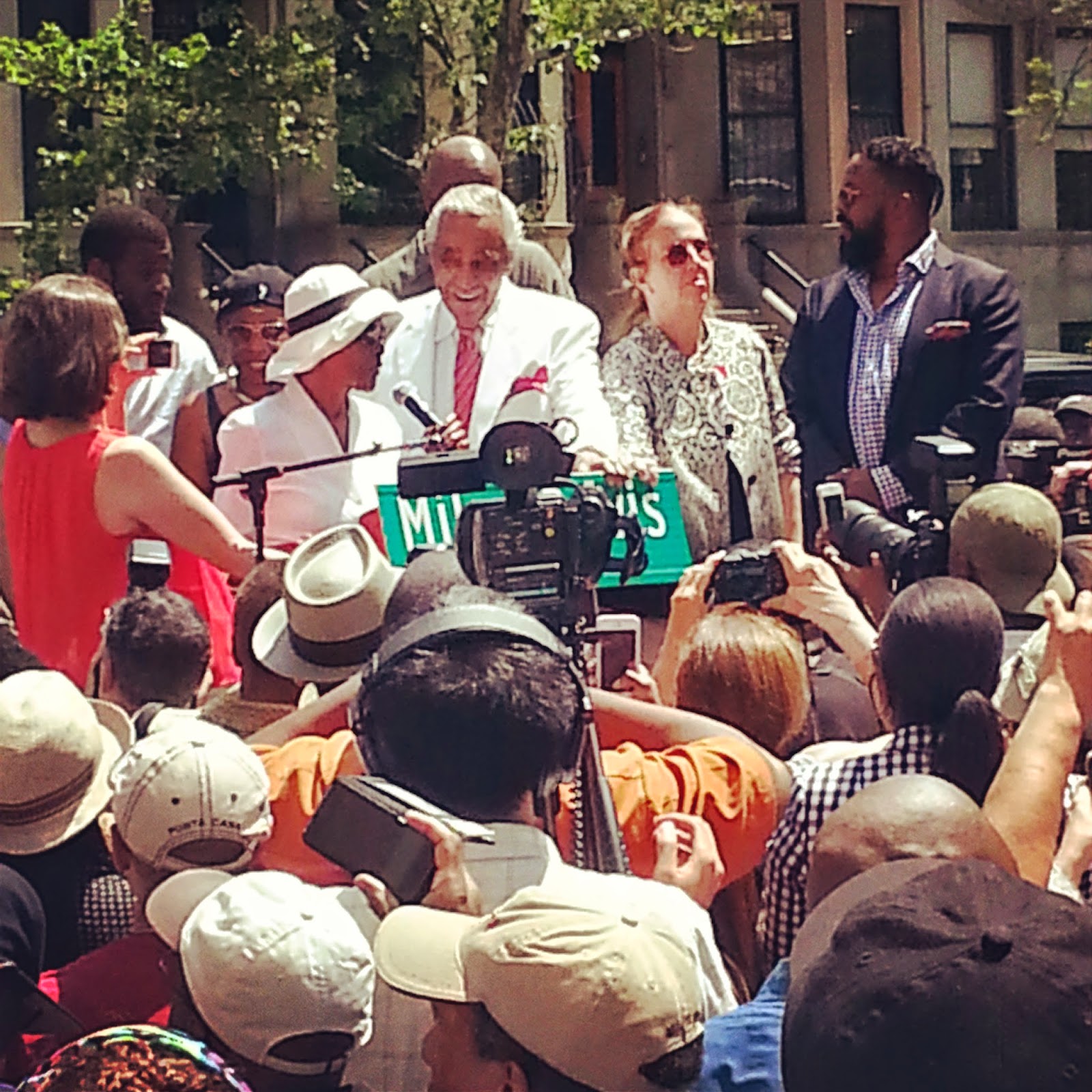 Cicely Tyson and Charles Rangel  speak during ceremony. I remember Cicely saying, "If Miles were here he would have probably said, What took y'all so long?" 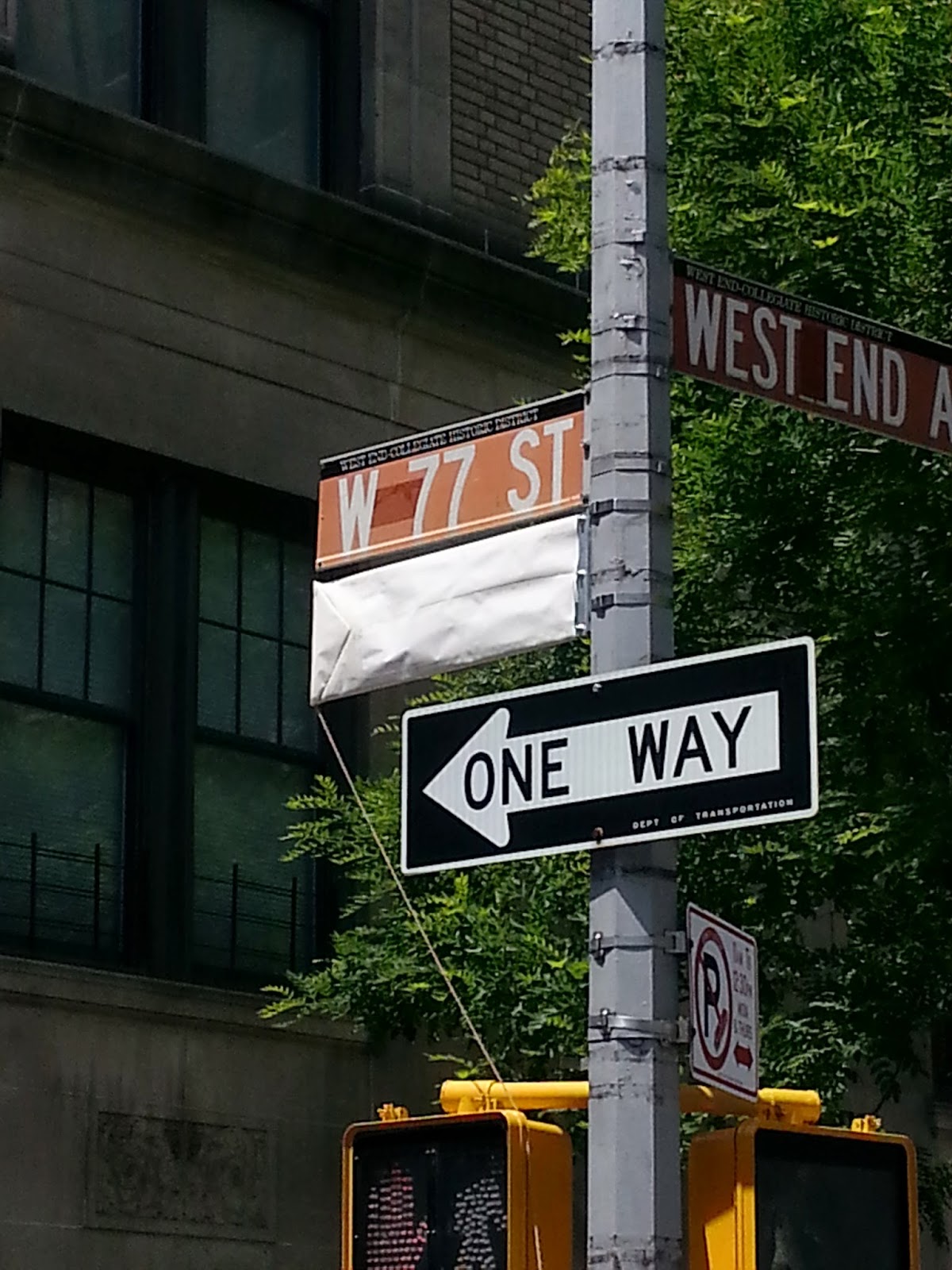 Prior to the unveiling 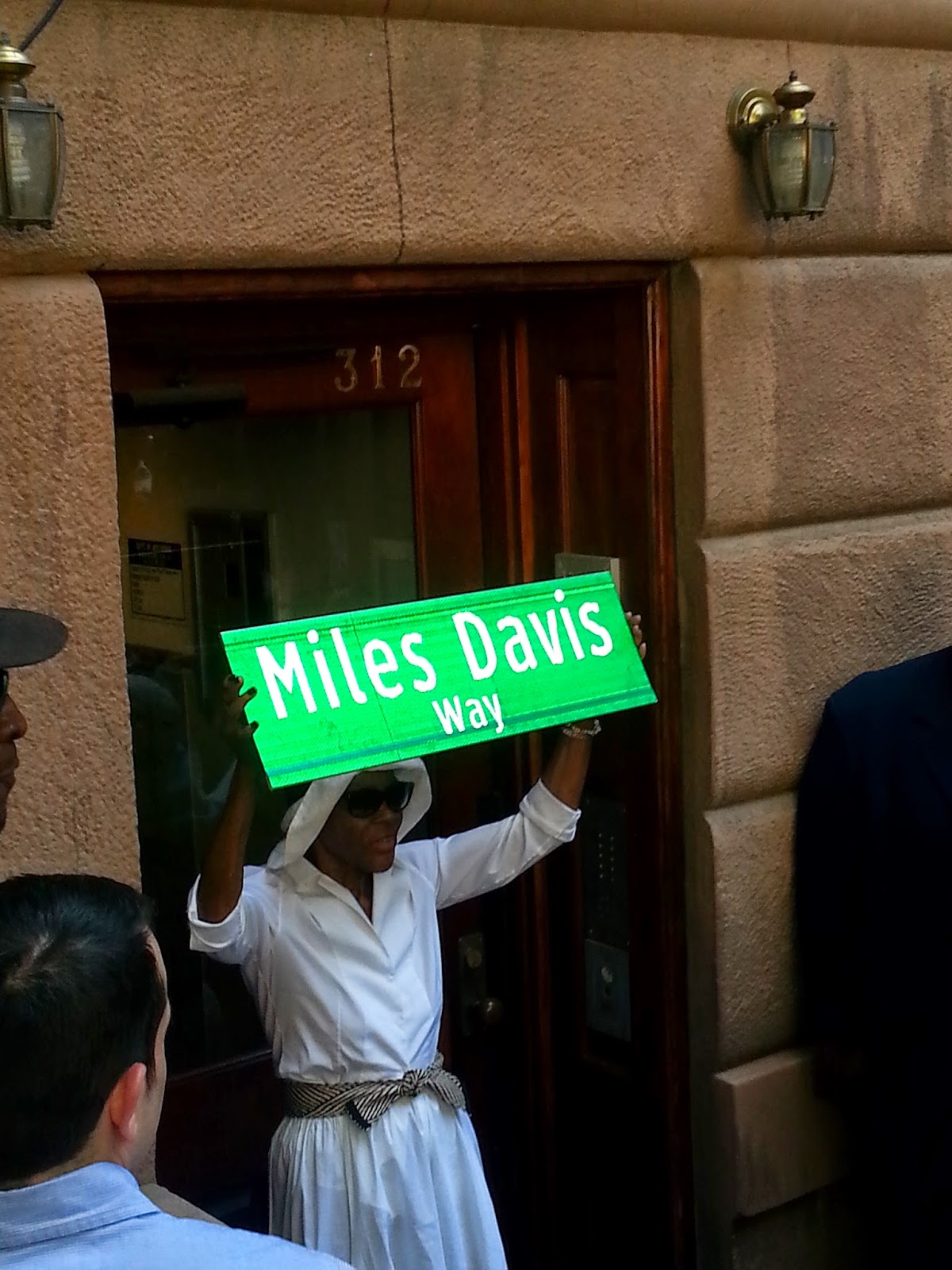 Cicely Tyson in front of the old place. Cicely said, "This Block has always been Miles Way" 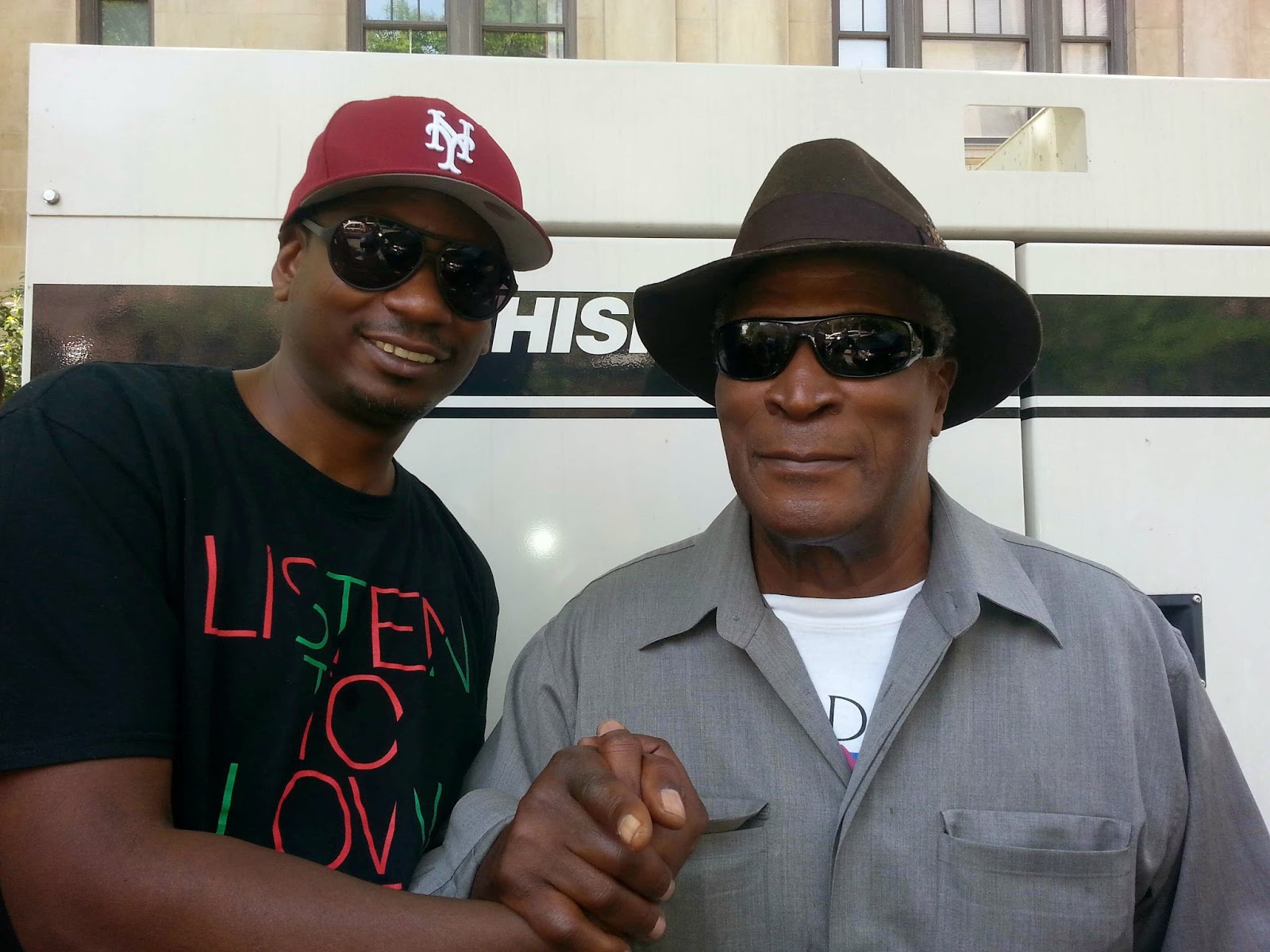 John Amos was at The Block Party Celebration and let me say, He still has a firm grip. 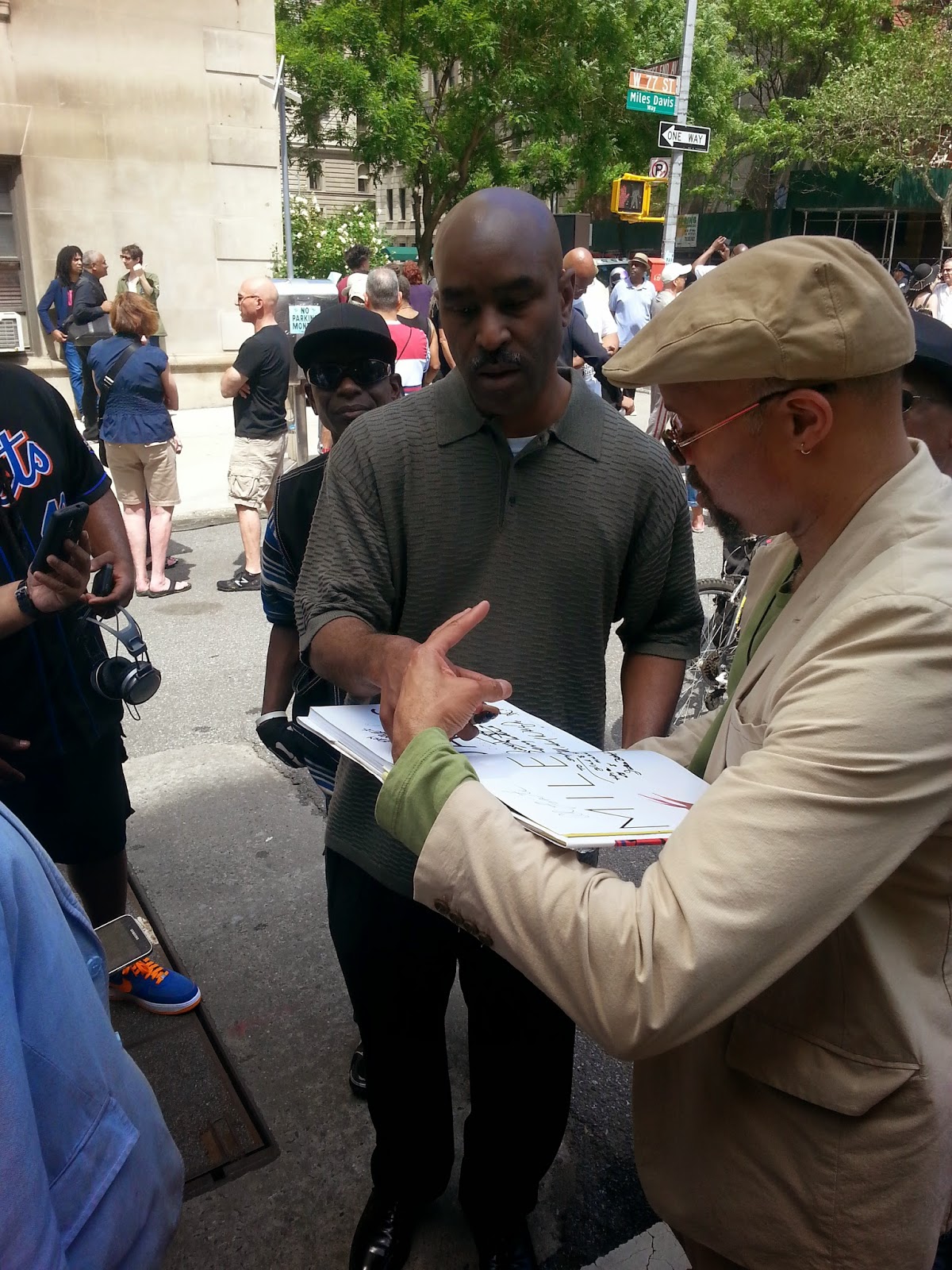 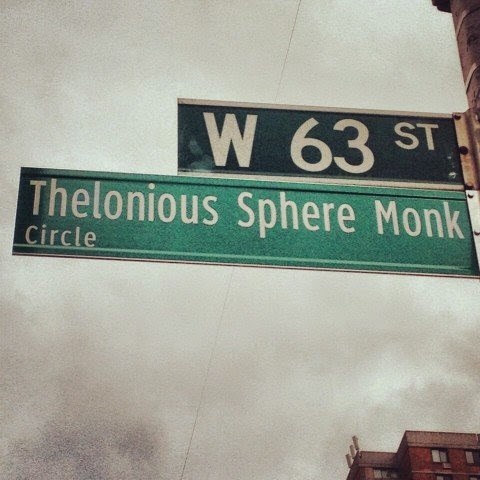 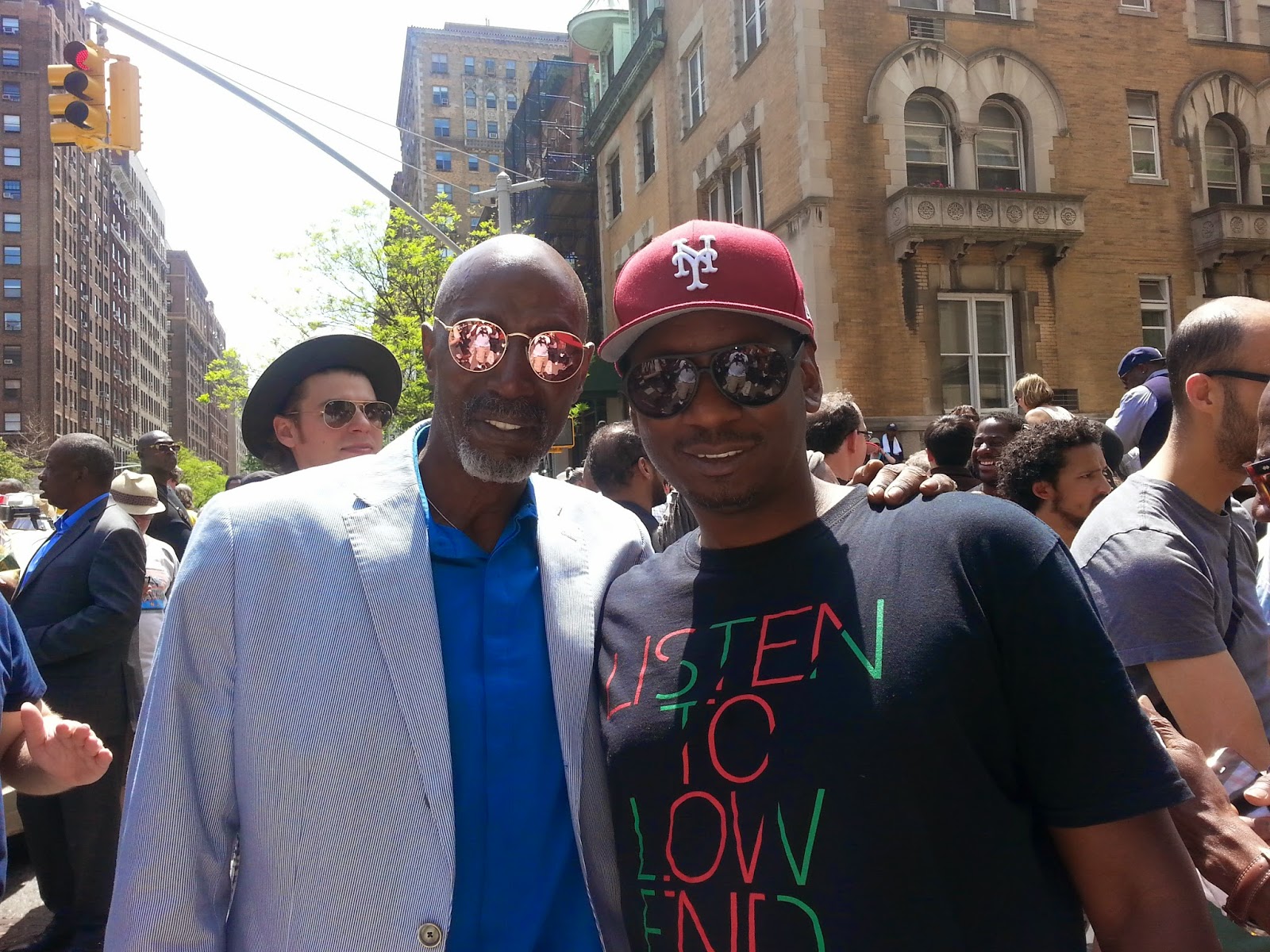 T.S. Monk was also at the Block Party paying homage just like many did when NYC named the cul-de- sac on West 63rd St after his father. 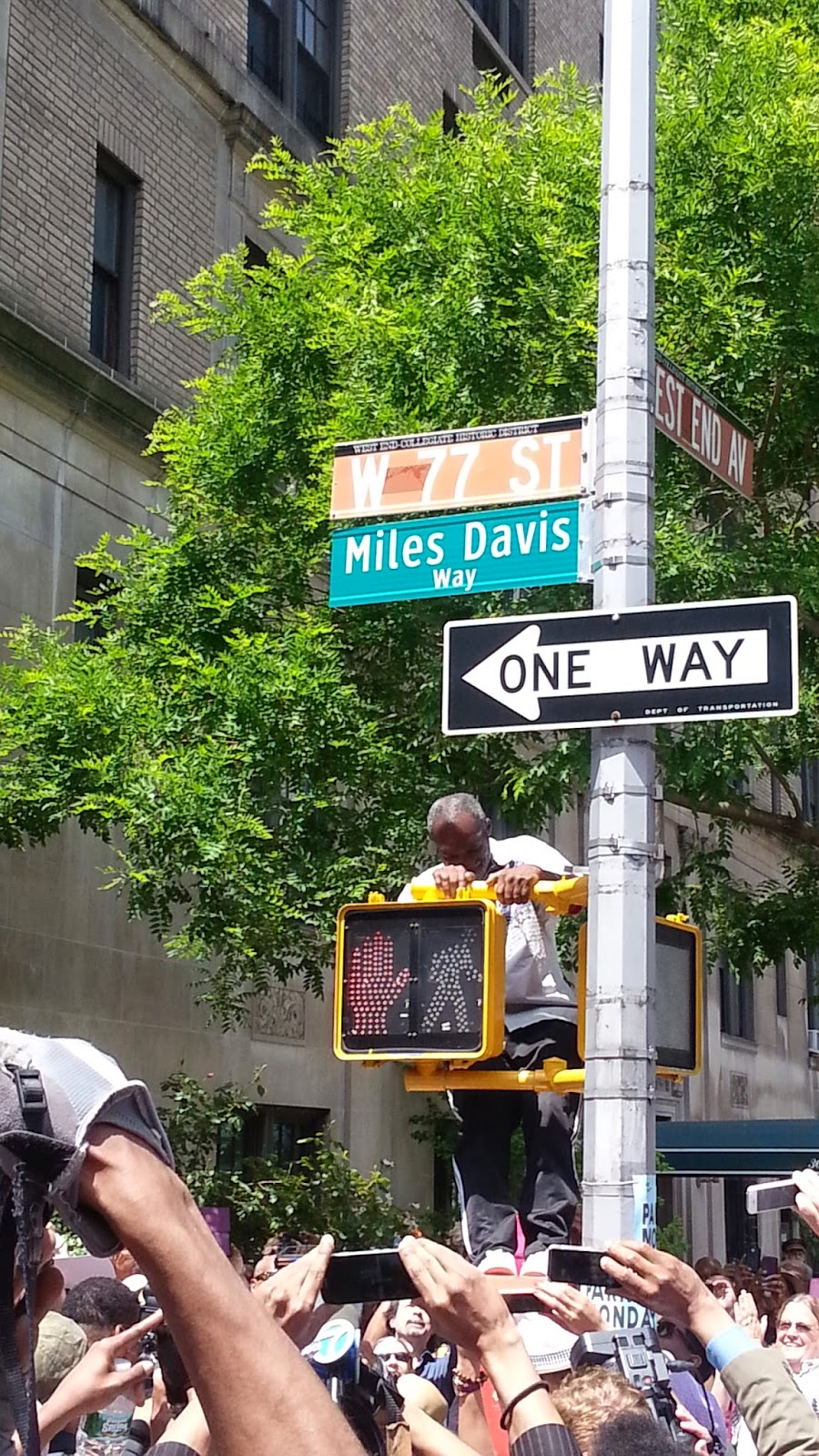 The above shot I captured was of a fan who was in attendance for the celebration. When the unveiling was happening, organizers popped the string the moment of the unveiling. The crowd was standing wondering how will the sign be unveiled now? That's when a Miles fan who couldn't take it anymore scaled the pole by way of a mailbox and crosswalk sign to make it happen. So characteristic of the late Miles Davis. I'm glad I was able to captured video of this historic moment.