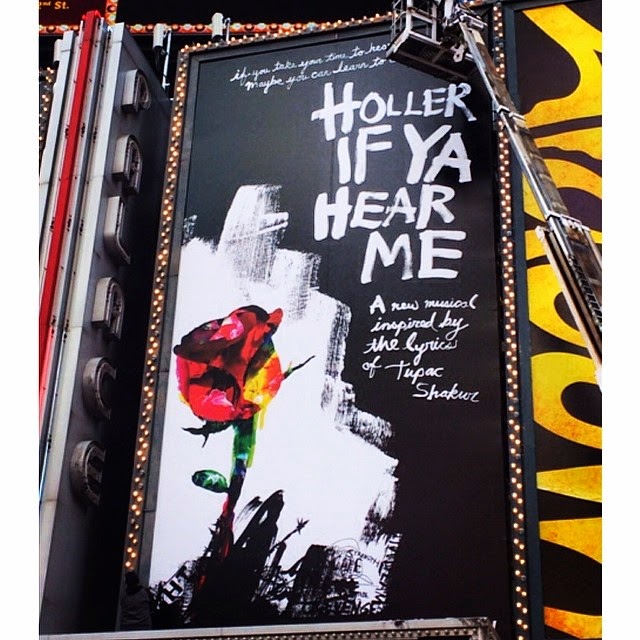 Hip Hop is coming to Broadway and the star of the show-The lyrics of the late Tupac Shakur. If you haven’t heard by now, Holler If Ya Hear Me is based on Pac’s lyrics and set to premiere on Broadway June 2 at The Palace Theater. The play is billed as such:

"Holler If Ya Hear Me, the world inside Tupac Shakur's music and lyrics, blazes to life in a non-biographical story about friendship, family, revenge, change and hope. Inner city lives struggle for peace against the daily challenges they face in this entertaining and original musical. Through the poetry of one of the 20th century’s most influential and culturally prominent voices, we are given a window into realities of the streets still relevant today."

Actor and Poet Saul Williams will lead the cast as Tupac in the non-biographical drama. The play is based off the written work of Todd Kreidler and will be directed by Kenny Leon. Check out Saul Williams and other cast members during rehearsal (here). For tickets and dates info (here).