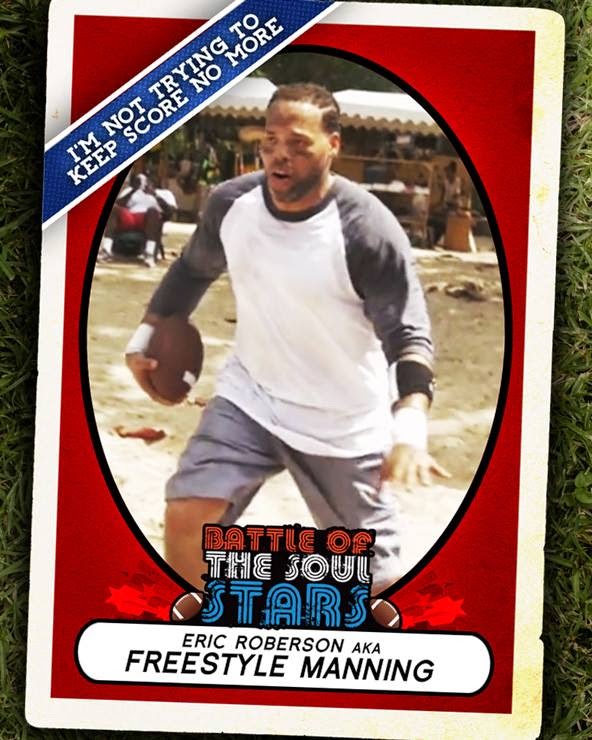 When I first heard Eric Roberson's song, "I'm Not Trying To keep Score No More" from his album, The Box, I had to play it again. When Erro intros the song with, "This might be the most important song I ever wrote". As a person who adores words and respect Erro's Wordplay, I knew I knew the second go around listening to this song, my ears will have to pay close attention. After the 2nd listen, I can now see why Erro gave that intro, because -"Love is not a football game" . Gotta love all the Soul faces cameos in the video and The 'Battle of the Sexes' underlay in the visual. Great direction work by Digibees. Shouts out to DJ Frances of The NeoSoul Cafe App with her cameo appearance as The Referee. You can grab Erro's The Box (here).
Posted by Cheebs at 10:54 AM