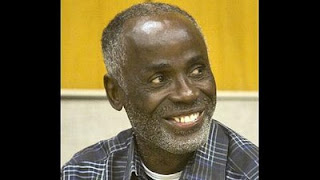 James Bain smiles during a hearing at the Polk County Courthouse Thursday, Dec. 17, 2009 in Bartow, Fla. Bain was released Thursday after spending 35 years in prison for a 1974 rape conviction when new DNA evidence exonerated him. 35 years is a long time but I ask, was the evidence used to convict this man back in 1974 overwhelming? Was there any circumstantial evidence? Did race play a part? I mean it is Florida and this did happen back in '74. Did the jury and prosecutors just wanted to go home? Several questions always come to my head when I hear of innocent people being released from prison for crimes they do not commit. Check out the story and you be the judge.
Florida man exonerated after 35 years behind bars

Posted using ShareThis
Posted by Cheebs at 4:51 AM

Why does this always happens to black people?