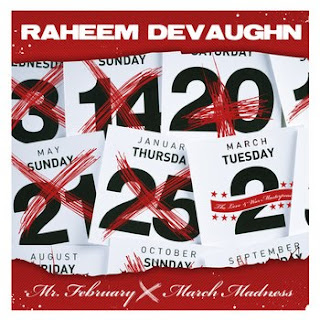 ST came across Raheem Devaugn’s new mixtape “Mr. February AKA March Madness” on 368musicgroup.com. Rah D has to be the hardest working man in show business. Rah D puts out so many mixtapes in between LP releases, enough where he can have another two albums or maybe three albums. Rah D next LP is scheduled to arrive to our ears on March 2 of this year. This mixtape is something to bump in the whip on the way to the store or when you have that other gender in the car and you want something easy, but Hip to listen to. Get your FREE download and your Rah D fix at the jump link.
http://368musicgroup.bandcamp.com/album/mr-february-aka-march-madness
Posted by Cheebs at 2:28 AM