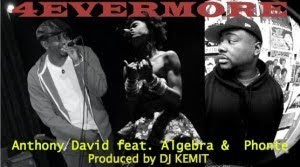 So my man AD (Anthony David aka Acey Duecy) is a writer and a musician, so that means that a brother stays busy. And just in case you think this brother haven't been staying busy, guess again. Anthony is working on his next LP, but in the meantime and in the between time, this guy finds time to give music away. Now if you aren't hip to AD, then you need to get hip quick. His voice is sultry and his words are poetic which makes for a winning combination. I've been following AD since his first album (3 Chords and the Truth) and became an immediate fan. I interviewed AD several times over the years as this ATLien and I found out that we had a few friends in common. Well last night I just happen to surf by his page and AD is giving away FREE music. So if you haven't gotten any of his old songs on your iPOD, now is the time. 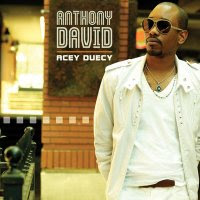 Anthony David does a remix to his cut, "4Evermore" featuring Algebra and Phonte of Little Brother. Now even though this "4evermore" remix is good, but the winner of the free songs has to be MILITARY MIND featuring Eric Roberson. Yep, Erro (or E Robe as I call him) and AD go rhyme for rhyme as if they were Run DMC or EPMD. The beat on Military Minds is sick and the wordplay from both AD and Erro is crazy. That's the beauty of this genre we call, "NeoSoul", because all forms of Soul music can be incorporated in the genre. So these singing brothers can also rap and it somes off, FRESH!!! 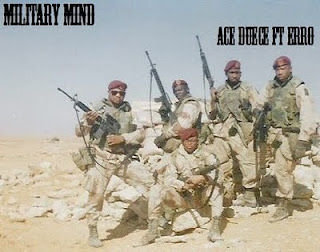 Anthony David have other songs that you can download. Like "Lady" featuring Keisha Jackson (daughter of Millie) off of his second LP, Red Clay Chronicles. His third album came out on India.Irie label Acey Duecy, but Acey Duecy is a collection of AD's favorite cuts off of his first two albums. So since he's giving it away, get the FREE DOWNLOADS at the jumplink, enjoy the tunes, and then thank me later.
http://www.rollingmojo.com/WWW.ROLLINGMOJO.COM/Rollingmojo.com-Anthony_Davids_OFFICIAL_site.html
Posted by Cheebs at 1:34 PM

I love Anthony David. Seen him perform her in DC several times, but had no idea about his new music. Thanks. And you're right, that MILITARY MINDS is off the chain. Did I say that I also love ERic Roberson. Love me some Erro;)