Jay Z Let's Female Fan Perform and She Does Work

Jay-Z's stop in New Orleans was filled with energy and during a moment of the show where Jay was talking to the crowd, a female fan was yelling for him to do "Song Cry". She also yelled to Jay that she wanted to do the song with him. Jay eventually told her to come up and she murdered it. She even had her OWN lyrics to the line, "there was no Beyonce just me and you!” Jay just had to laugh at that one. Clearly this fan does at-home mirror remixes to Jay-z songs to fit her. Check out the video. 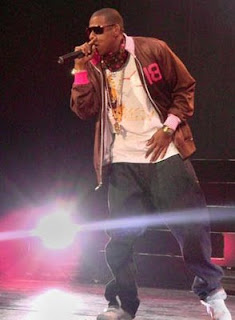