Kelis Drops Her Video for "4th of July (Fireworks)" 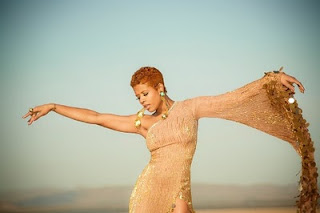 Lately if you heard Kelis

' name it was usually about her relationship with ex-husband Nas,

but in this case it's about her music. Kelis dropped her video for her new single, "4th of July (Fireworks)

is set to drop next month. Now in my personal opinion, Kelis have never caught up to her first album, Kaleidoscope

, and maybe because when she first came on the scene, her style was so original. The Kaleidoscope

album was an underground banger that was well put together as the album was produced by The Neptunes. Now the storyline in this video is awesome as Kelis is a great writer and songstress, but I'm not into this techo sound, so can someone say, "REMIX". All I'm saying is, "Milkshake

" was way better produced than this track, but the storyline in this song is great and way better than "Milkshake's

" storyline if there was one.
Posted by Cheebs at 3:17 PM