The People Voted in Office to Run Arizona Are Not Leaders 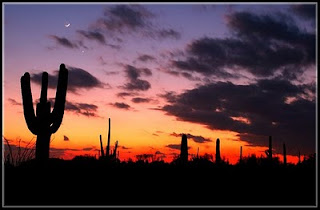 Should we really be surprised about this new proposed law coming from the state of Arizona? Of course we shouldn’t. We remember how Arizona wanted to be such a ‘leader’ and independent that they were the last state to make Dr. Martin Luther King’s birthday a holiday.

The state of Arizona is getting such great headlines with their new Senate Bill 1070. States like California, Arizona, New Mexico, and Texas have had this immigration problem from Mexico for a long time, but all of a sudden, Arizona wants to do the job of the US Government and enforce immigration laws. The illegal immigrants’ numbers living in Arizona are estimated to be over a quarter of a million and have not changed in several years. Again, all of a sudden, now it’s a problem. I ask wasn’t this a problem when Bush was in office for 8 years? Sure it was a problem, but Governor Jan Brewer and the Republicans of Arizona want to put this long time issue on this administration.

Recently a school administration wanted an artist to “Lighten” the face of a Mexican child on a mural. Sounds funny, but this is sadly true. If telling an artist you to change their art, because the person drawn is ‘too dark’, is un-American. Freedom of speech, freedom of expression is what so many people came to America for.

If that wasn’t enough, the state of Arizona DOESN'T want teachers to teach their children if they have a Spanish dialect. Here’s some news to the law makers of Arizona, there are some smart teachers who have different dialects. Does it have an effect on the education of the student? Check your past records and I bet there isn’t a student who graduated from the state of Arizona who didn’t learn from a teacher with a Spanish dialect.

One politician suggests that children of illegal immigrants should pay tuition to attend public school. Did he really think this through? Yes he did, Senator Russell Perce thinks that illegal immigrant families can afford to pay for school. This politician who talks about what our government is not doing to address the problem, came up with this AWESOME plan. Makes me wonder who the heck are you guys putting in office in Arizona? I mean, this is the best plans for the solution to our immigration problem her in America, at least in his mind.

Now comes the worst part, a proposed Arizona law would deny birth certificates to children born in the United States to illegal immigrant parents. Sounds crazy, huh? Here is my question, “How is taking the rights of a child born in this country away, going to solve any immigration problems we have her in America?” I guess the politicians in charge of Arizona put a lot of thought into this and thought this was a great partial solution to the huge immigration problem.

Bottom-line, history has shown us that Arizona is not the state to follow. That Arizona is not a leader. I always wonder how Arizona or any border state for that matter were to build this “fence” along the border, how many illegal immigrants would be off-the-books helping to build it.

In conclusion, the leaders of Arizona must remember this, “You’ll find everything in America except Americans”. America is the great melting pot and if this country is to represent this world, we need to embrace our differences. This SB 1070 law will come back to haunt Arizona, just like disrespecting MLK’s birthday. Arizona will come around and realize that they are part of a bigger picture, that they are part of America, and America is a place for all to be treated with equality.
Posted by Cheebs at 9:31 AM