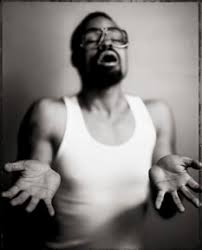 was one of my favorite sleeper albums of last year. Now this is Black Milk

's re-mix of "The Dollar". No disrespect, but this remix reminds me of the Bilal of the past. Do I like? No, I LOVE IT! There's a message is his lyrics, this beat is funky, and Bilal's voice sounds awesome over this track. Put an Emcee on this and this could be as hot as "Fast Life" was for Bilal. Don't get me wrong, I love the new Bilal, but DAMN if his voice and the track itself didn't sound better on this Black Milk beat. Grab Alright's Revenge