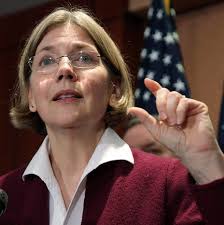 Massachusetts Republican Senate Candidate and former advisor for the U.S. Consumer Financial Protection,  Bureau, Elizabeth Warren is causing a stir across the internet with this small clip about her discussing the debt crisis, fair taxation, and other important issues as part of her tour. What's interesting here is when she talks about fair taxation. Its nothing new, its been said before, but somehow when a Republican candidate says the same thing it somehow gets attention. How anyone making less than $100k annually can vote Republican and support tax breaks for the wealthy is beyond me.
Posted by Cheebs at 12:24 PM