Is Michael Jordan A 'Sellout' As Many Are Saying? 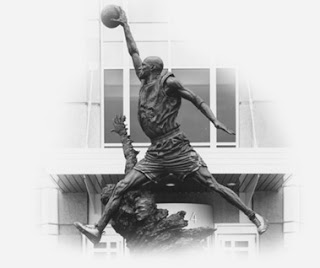 Is Michael Jordan a 'sellout'?  Some are saying he is. Michael Jordan has reportedly decided to be the hard-line frontman for the NBA owners. So now, MJ is making it harder for the players to get their fair share and wants the current NBA players to take a 10-20 point cut in pay. Many of these same players have endorsed Air Jordan sportswear and grew up wanting to Be like Mike. Fox Sportswriter Jason Whitlock says Michael Jordan is a 'sellout' and make some preety good arguments as to why. Read more (here).
Posted by Cheebs at 7:52 PM