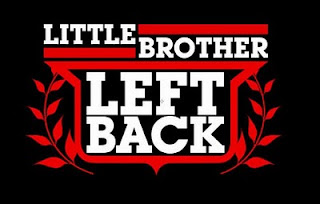 Word is that Little Brother will be dropping their final album, Left Back this year and it is expected to drop in April. The one thing about this album in comparison to the groups previous works albums-no 9th Wonder on production. As a grown man who still enjoys Hip Hop, Little Brother was/is my favorite rap group. Rapper Big Pooh and Phonte' are two of the nicest MC's in the game. The two powerful, descriptive MC's and 9th Wonder made up Little Brother. I know everyone must eventually hang up the jersey and retire, but true fans always wish they could last a little longer.


Word is Phonte' is already working on his solo album, Rapper Big Pooh just drop a mixtape and is said to working on various projects, and as far as 9th Wonder goes, well 9th stays busy and is one of the most sought out producers in the game. I know all will do well in their personal endevors and I haven't heard anything off of this last album, but I know LB only puts out FIYAH!!!!! One of my favorite cuts off of their first album, The Listening.

Little Brother was doing big things I am sure Phontigallo's solo effort will be more of the same. Thought for sure Daykeeper would win Grammy.

We were rooting for Little Brother or Eric Roberson to win the grammy, but REAL music never wins a grammy. I Love LB and though they are apart, I know they will get back together and make a reunion album. The public is going to demand it and they are going to deliver.