WTH is Going on in Texas? Thomas Jefferson and Thurgood Marshall Removed from Students’ Textbooks

The Texas State Board of Education gave preliminary approval on Friday to remove significant areas of curriculum from civil rights and global politics and replace them with conservative historic figures and beliefs. Courses that would be affected by these changes include social studies, history and economics.
The Texas State Board is mostly made up of lawyers, a dentist, and a publisher, who discussed whether or not Hip Hop should be taught as a cultural movement. Well the right wing members of the board voted that Hip Hop should be deleted as a requirement and that student should not be taught about its cultural impact across the world.
Here are some other things conservatives also approved:
-Board members argued about the classification of historic periods (still B.C. and A.D., rather than B.C.E. and C.E.)

- whether students should be required to explain the origins of the Israeli-Palestinian conflict and its impact on global politics (they will); and whether former Israeli Prime Minister Golda Meir should be required learning (she will).

-In addition to learning the Bill of Rights, the board specified a reference to the Second Amendment right to bear arms in a section about citizenship in a U.S. government class.
-Conservatives beat back multiple attempts to include hip-hop as an example of a significant cultural movement.

-Numerous attempts to add the names or references to important Hispanics throughout history also were denied, inducing one amendment that would specify that Tejanos died at the Alamo alongside Davy Crockett and Jim Bowie. 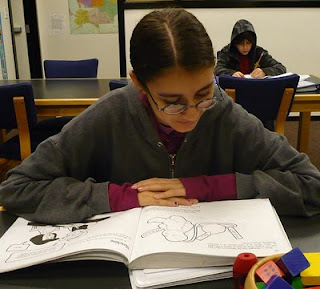 Now before you go on a high horse and say, “That stupid Bush state” let me say this. Because of California’s economy, most of the textbooks made for the country would come from Texas. I always say there is a big difference between a ‘RED’ state Republican and a ‘BULE’ state Republican. This is definitely a RED state move pushed by RED state right-wing Republican.

This is comedy, because I remember when these same right-wing Republicans acted when President Obama wanted to talk to our children. The Republicans used words like, ‘brainwash’. Many parents didn’t send their children to school to hear a couple words from the president of the United States, because they thought these couple of words would ‘brainwash’ their children.

As a Native New Yorker who now resides in Texas, I find myself saying this too much since I relocated here, “Get with the rest of the world and stop staying in your little closed box Texans”. Now this is not to say all Texans are in a closed box, in fact the ideology has nothing to do with Texas alone, but any rural area in our country. Rural area (red states) people are not forced to get along with others like people are in the metropolitan areas. In fact, though Texas is a Republican state, the urban areas of Austin, Houston, and Dallas are Democratic areas. Again metropolis, forced to get along and live with each other and not stay in a box.

Without me saying it these decisions borders racism and is the very meaning of our Skelle Top word-POLITRICKS. Let’s hope these negative changes to HIStory don’t happen and let's not get tricked.
Posted by Cheebs at 10:40 AM