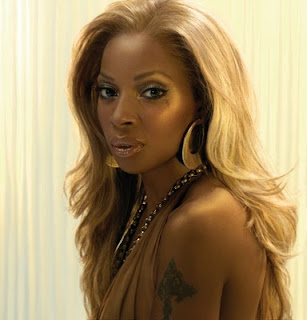 . The film will be titled, NINA and will focus around Simone’s later years, specifically her relationship with her assistant Clifton Henderson, played by David Oyelowo ("The Last King of Scotland

Simone was an avid civil rights activist and her vocal style of passion, a loose vibrato, and her unusual low vocal range voice, gave her the nicknamed, "the High Priestess of Soul".
Songs like, "My Baby Just Cares for Me

" and my personal Nina Simone fav, "I Put A Spell on You

" (below) displays how Simone could fluctuate between exuberant happiness and whatever bitter trouble she was going through (Sounds a little like Mary, Huh?). These fluctuations also were characterized her own personality and her personal life, which amplified by bipolar disorder with which she was diagnosed in the mid-1960s, something not revealed until after her death in 2003.

Can Mary J play Nina well? Take a look at some live performances of Nina Simone and you make your own call. Read more (here).

I don't know if Mary can pull this off, but I hope she can. I'm sure after her actor's research, she'll get it down. Interesting that she was bi-polar that's something I didn't know about her. Love her music, but didn't know that about her. Thanks for the info Skelle.

i seenteded mary on the today show yesterday talking bout this!! i hope she does well...i love ms nina and ms mary so this will be an interesting watch!

Shon thanks for your comments. I'm definatly hoping Mary can pull this off. Like DaEsSensual said, I like them both and this should be an interesting story (film).