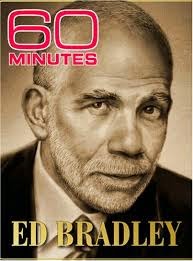 I met LeRoy McCarthy (@LeRoyLive) my first semester at Cheyney University. He was a Junior at the time and immediately became my Cheyney Family. LeRoy started his 'Street Honor/Recognition campaign' with a thought to have a street co-named after Christopher Wallace, aka "Biggie Smalls". His #ChristopherWallaceWay petition was just the start. He then started other petitions in and around the NYC area to honor/recognize some of Hip Hop greats. One of those petitions was for Slyvia Robinson, The Founder of SugarHill Records and who some say is the, Mother Of Hip Hop. This past summer, the City of Englewood, NJ recognized Ms. Robinson as such, by co-naming a street in her honor. Read (here).

"It's Bigger Than Hip Hop"-dead prez


Mr. McCarthy began his next quest of #Preservation, to honor one of Philly's own and Cheyney Alumnus Ed Bradley with a street co-named in his honor. Mr. McCarthy's began his mission on this quest a little over a year ago. Those in Philadelphia and the Pennsylvania area can assist Mr. McCarthy now by contacting State Senator Vincent Hughes of Philadelphia. Those outside of PA could show your support by sharing this info and in your social media, please hastag #EdBradleyWay!!! Thanks in advance for your support on this.
Posted by Cheebs at 9:00 AM