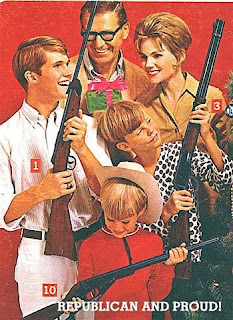 The Daily Kos put out his questionnaire survey for only Republicans and the opinions or views won't startle you. Whatever way you felt about Republicans, you're probably right. These statistics don't surprise me, but as Americans we have to be a little concerned. Some people are living inside of a bubble in their own little world and have no idea of the world around them. Republican agendas populate the rural areas of America, but not the areas most populated with people. The places in America where diversity in its people is embraced usually have an independent/liberal/democratic view on things.

The rural areas of America are in a closed box and not open minded to anything out of their norm. The sad part is FOX News and others are making a killing off of being divisive. And being divisive is more important right now for Republicans, then working together to better this country.
It’s outrageous to think that so many people think Sarah Palin is a better fit to run this country than Obama. The majority of those surveyed are from rural areas in America in their little closed boxes. I mean didn't Palin quit on the folks in Alaska? She has never served a complete term, but the Republican Party has her face all over the place. She’s been on the tube longer than she has worked for the taxpayers of Alaska. Click the link to observe these questions and results of the Replublican Survey taken.
The 2010 Comprehensive Daily Kos/Research 2000 Poll of Self-Identified Republicans
Posted using ShareThis
Posted by Cheebs at 10:15 AM